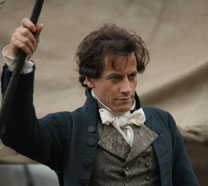 As I finish revising Chapter Two of my latest work-in-progress, Letter to an Atheist, I see signs of 18th Century reformed slave trader John Newton and his younger friend, politician and Christian abolitionist William Wilberforce all around.

Newton, of course, wrote the hymn Amazing Grace, and his younger protege Wilberforce was the Member of Parliament responsible for persuading that body to end the slave trade in 1808 and then abolish slavery throughout the British Empire in 1834. Both men play an important role in my Chapter Two on the Bible, Christianity, and Slavery, in which I refute the contentions of atheist Sam Harris that the Bible unequivically supported slavery and that most Christians prior to the Civil War accepted that view.

Look for the stories of Newton and Wilberforce on the big screen this February when the movie Amazing Grace is relased. Produced by Patricia Heaton (the former co-star of TV's Everybody Loves Raymond), and starring Ioan Gruffund (Horatio Hornblower in the A and E series), it will be interesting to see what kind of box office this film will achieve.

The movie focuses more on Wilberforce's story, as well as that of his friend Equiano, the freed slave from West Africa (see portrait of the historical Equiano and the actor who plays him to the right). 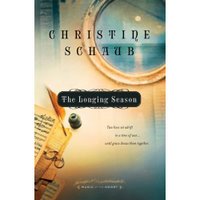 Newton's slave trading, conversion, and hymn writing occur decades earlier, and his story is told in Christine Schaub's new novel, The Longing Season. Newton is an old man who befriends the younger Wilberforce in the movie.
Posted by Michael Patrick Leahy at 5:27 AM