Father Mitchell Pacwa asks "Are We at War with Islam ?" 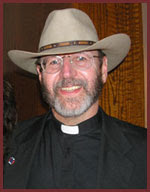 Mitchell Pacwa is a Jesuit priest, Old Testament scholar, and a minor television personality. You can find him every night, Monday through Friday "live" hosting a prime time show on the EWTN cable network.

That's the "Global" Catholic network based just outside Birmingham, Alabama. Started by a fiesty nun a couple decades ago, EWTN claims to be in 130 million households worldwide.

This Sunday past, Father Pacwa addressed an audience of about 200 in Nashville on the topic: "Are We at War with Islam ?"

I found Father Pacwa to be a friendly and entertaining lecturer, the kind of guy who mixes "aw shucks" I'm just like you references to his love of the Polish sausages he grew up eating in Milwaukee with some very interesting details in the history of Islam.

I've written a fair amount lately on the topic of Muslim American relations, and am indeed in the process of launching an "Abrahamic Small Group" project, based on the Evangelical Christian small group model, designed to provide real inter-faith engagement at "the molecular level" between Christians, Muslims, and Jews. So I found myself very interested in Father Pacwa's engaging description of the origins of Islam, the life of the prophent Muhammed, and the meaning of the Koran.

Clearly a heavyweight in terms of his scholarly understanding of Islamic tradition, I was surprised to find that Father Pacwa was completely unfamiliar with Project Ijtihad and had never hear of Irshad Manji. He was, however, familiar with Dr. Mugtedar Khan, a scholar who supports the concept of ijtihad and is also broadly respected within the American Muslim community. He had also never heard of Facebook.

Father Pacwa never explicitly answered the question he posed--whether we are at war with Islam. I took from his general demeanor, however, that he was essentially of the same mind as I am with regards to Islam--that, just as in the Christian world there are a broad range of divergent views, some of which we in the West can live in harmony with, others which are steeped in such violence they seek nothing but our destruction.

His solution for the problem of Islamic terrorism and violence struck me as impractical.

First, he acknowledged that many Muslims are correct in pointing out that our Western culture is being undermined by what he referred to as "secular rot".

We as Christians, he argued, should first focus on converting these secularists to Christianity.

Second, he stated that we, as Christians, must take up "the Great Commission" of conversion to Christianity to all 1.2 billion Muslims in the world. In this way, we will eliminate the threat of Islamic terrorism.

6 million Muslims in Africa convert to Christianity each year, he said, implying that this was evidence of a pending tidal wave of conversions.

These two suggestions, seem completely impractical to me, and therefore of little help in solving the problem.

Christians who insist on "The Great Commission" of conversion as the solution to the problem of Islamic terrorism are letting their desires to be servants of God override their observed common sense.

Another Christian friend of mine also believes conversion is the key, but I think just the opposite. In fact, the "Abrahamic Small Group" Project (details of which can be found on Facebook and at The Global Great Awakening web site) is based on the premise that the best way for Christians, Jews, and Muslims to achieve social and theological commonality is to explicity prohibit convesion attempts during discussions.
Posted by Michael Patrick Leahy at 7:40 PM No comments:

A couple weeks ago my friend Keith Raffel (author of the popular Silicon Valley murder myster Dot Dead) invited me to join Facebook. It's a fabulous social utility network that works at quite a high level.

There are 35 million members now, only about 300,000 of whom are 50 or older. 80% of the members are 25 or younger. The project started in 2004 when some Harvard undergrads decided to use the internet to do the old paper "facebook" of all the freshmen one better.

Starting at Harvard, spreading to the Ivy League, Facebook soon became the doninant website at every campus in America. It then went to the high schools. In September of 2006 it opened up to us old fogeys (people over the age of 22 and not in college).

Ad revenues for this year alone are in excess of $50 million, and the founders reportedly turned down an offer to sell it for $1 billion.

Here's a story that will illustrate the power of Facebook. 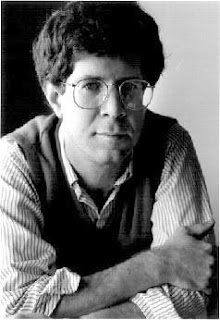 So I find that Michael Lemonick is a fellow Harvard grad who is also a Science writer (one of my interests). I ask to add Michael, whom I have never met, as a friend, and he accepts.

Then I find John Pomfret, who was at Stanford when I was a graduate student there. We've never met. But John is a writer, and the editor of the Outlook Section of the Washington Post. He recently wrote his first book, Chinese Lessons. This interests me, of course. I ask to add John as a friend, and he accepts. 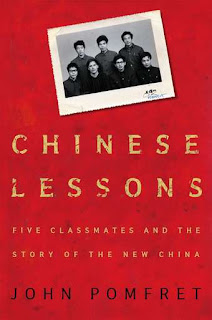 Yesterday, Michael Lemonick posts a status message on his profile, saying that he will be on the Diane Rehm Radio Program today. This interests me, so I check out Diane's website to see if there is a station here that carries her program.

Here's what I find.

John Pomfret was a guest on her show yesterday !

He was there to talk about his book, Chinese Lessons.

Now both John and Michael are in a very exclusive club.