Tally up Senator Patrick Leahy in the good guys column.

My dad called his Washington office at 9 on Wednesday morning. By 4 pm, Senator Leahy called him back personally. They had a 15 minute conversation in which they mutually concluded that, yes, we are indeed third cousins (To be precise, my dad is his half second cousin once removed, and I am his half third cousin.)

"This is Pat Leahy", the Senator began the conversation.

The bad news is that our previous information that the Senator had actually traced our mutual great-great grandfather, Andrew Leahy (1809-1882), back to Ireland, is incorrect.

The good news is the Senator pledged his support to our efforts to solve the mystery.

Stay tuned !
Posted by Michael Patrick Leahy at 4:26 AM 1 comment: 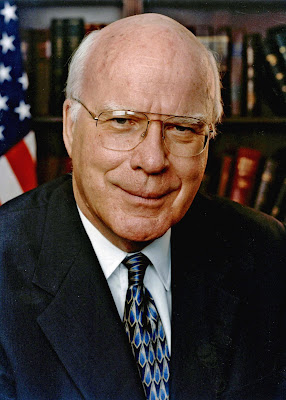 Senator Patrick Leahy, the very liberal Senator from Vermont, holds the key to a family mystery I've been trying to solve for 40 years. This circumstance no doubt provides a delightful irony to regular readers of this blog, who by now know that my political views are almost the polar opposite of Senator Leahy's. Politics not only makes strange bedfellows, it apparently also makes interesting family relations !

The surprising twist to the story which I have confirmed to my own satisfaction with 100 per cent certainty is this: Senator Leahy and I are cousins. Half third cousins to be exact.

We both take our surname from our common great-great grandfather, Andrew Leahy, born in Ireland in 1809, died in Hemmingford, Quebec in 1882.

The mystery, which I've been trying to solve for 40 years, with no success to date, is this -- where did Andrew Leahy come from in Ireland, and do I have relatives there still ?

I learned only today indirectly from another newly discovered half third cousin that Senator Leahy knows where Andrew Leahy came from, and has also met our common relatives in Ireland in the county of Andrew's birth. All that's left now is to find a way to confirm this story with the Senator and find out the location and relatives in Ireland.

My dad's going to take on that task, and I'll report back how successful he is with that venture. I'm dying to find out the answer to this persistent mystery but find myself in the amusing position of being beholding to the good graces of a distant relative whose accomplishments I can admire, but whose political positions I find..... less than agreeable !

I wonder if I'm now obliged to defend the honor of my half third cousin when I meet Vice President Cheney at the Republican National Convention in September !

The lineage, for those of you who may find this kind of thing of interest, is as follows:

Their son (3) Patrick J. Leahy (1871-1911) moved as a young man to Barre, Vermont, where he became a stone cutter, and in 1899 married Joanna last name unknown. Patrick contracted silicosis and died just prior to his fortieth birthday.

My descendancy from Andrew Leahy is as follows:

My Dad: Principal Without a Diploma 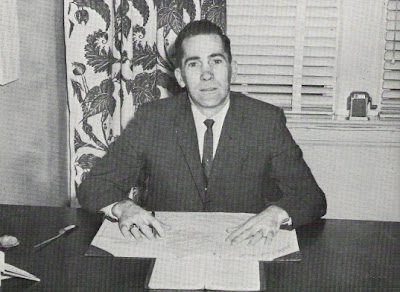 My dad, Raymond Leahy, at his desk as Principal of Dannemora High School, 1963.

The sad passing of Buffalo native Tim Russert last week made me think of my own father, Raymond Leahy. Like Mr. Russert, I was raised in an Irish Catholic family in upstate New York during the 1950's and 1960's. And just as he wrote a book about his father's life in his 2004 best seller "Big Russ", I've been editing my father's memoirs of growing up in Quebec, and coming to America where he became a successful school administrator.

Unlike Mr. Russert, I do not wax idyllic about the wonders of Buffalo, New York. It's descended into a predictably down beat grey bleakness over the last three decades from which it will never recover. I do, however, cherish the experiences of growing up in upstate New York. It's a great place to be from.

Big Russ was a World War II veteran who worked two jobs to put his kids through Catholic schools. His was the school of hard knocks, and the lessons he gave Tim stayed with him and helped him become the great and respected newsman he was.

My dad was a Korean Era vet who worked like crazy to overcome his lack of a formal high school education and carve out a career as a teacher and administrator in upstate New York. For those of you who may be interested, I've included the first few paragraphs of his memoirs:


I never understood why my mother and father married each other, let alone why they had five children together. We lived on a one hundred and twenty acre farm situated four miles west of the small village of Hemmingford Quebec. We were so close to the border with the United States that on a summer day you could head south on foot and after walking an hour through farms and woods you would be in the United States. There was no fence, no guard, not a sign anywhere to tell you were in the state of New York rather than the province of Quebec. Montreal lay forty miles to our north, and Plattsburgh, New York was a mere thirty miles to our south.

My dad's family was all Irish. My mother's family was half Irish, half French-Canadien. We were Roman Catholics, and the two families had lived in the same community, and attended St. Romain's Catholic Church together since the 1840's, when my dad's Grandfather Andrew Leahy and my mother's Great Grandfather James Dowd had immigrated from Ireland.

Though he was born in the right place, Dad was born fifty years too late. He was made for the life of a small farmer in the nineteenth century, the life his father and grandfather before him had lived, where a man knew his fields, his animals, and how to get the most out of the few resources available to him. He was a stubborn man who relied upon his own ingenuity and effort to scratch out a living from our rocky patch of land. He had the bad fortune of coming along at a time when rapid technological and social changes were making the kind of farm life at which he exceled obsolete.

In contrast to Dad, my mom was born in the right place at the right time. Her misfortune was to move from the right place to the wrong place just as she began her married life.
Posted by Michael Patrick Leahy at 3:26 PM No comments: 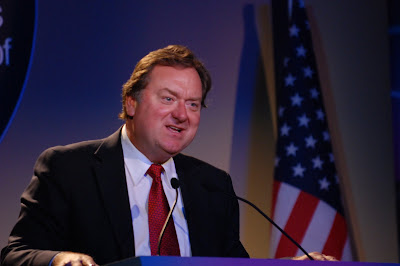 Posted by Michael Patrick Leahy at 5:03 PM No comments: 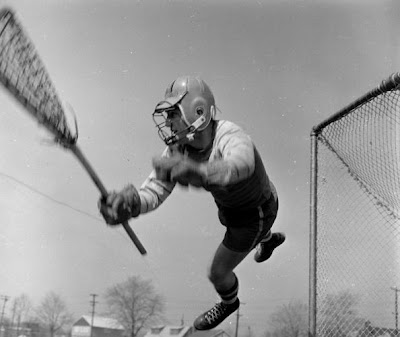 I survived my first turn in goal.

And, as a bonus, I didn't embarass myself.

The box score shows that the half I played in goal left my team down 5 to 4, with yours truly recording 3 saves. Not exactly an All-Star, but a decent showing for a newbie.

Of the 40 players on both sides of the two teams, there were two or three of us on either side of fifty, another half dozen north of thirty but south of forty, and the balance in high school, college, or recently graduated.

A 30 year old investment banker on my team sprained his ankle, and was heard to mutter "I'm as old and creaky as a darned forty year old." Ah, to be forty again !

Our team lost 12 to 9, and a 17 year old high school hot shot filled the pipes in the second half, allowing 7 goals while making 3 saves. In the box score the old guy looks a little better, which provides him more than a little satisfaction.

For those of you wondering what it's like to stand in the lacrosse goal and try to stop a hard rubber ball hurtling towards you at around 90 miles per hour, I can give you a one word answer:

I literally didn't see 4 of the 5 goals.

These guys are very good, very skilled, and very clever.

Only 1 of the 8 shots on goal came anywhere in the vicinity of my body. I caught that one in the large net of my stick.

2 of the 8 shots were above my waist and I was able to move my stick to catch them.

I had not a chance at the low shots.

Turn around, it's in the goal.

Turn around again, fish it out of the net.

I missed 1 high shot that safely slid in the nine square inches of the upper right corner of the goal. It was the only open space, and the guy hit it.

The only violence that took place around my goal crease was caused by my fifty year old orthopedic surgeon teammate who decided to flatten a college hot shot about to violate the space around the goal.

Bam, went the surgeon, hitting the kid high and hard.

Woosh went the kid, falling to the ground.

I reached across the line, pulled the ball into the crease, shouted a "Thanks Doc !" to my fellow oldster, and cleared the ball to a twenty something hot shot on our team.

I felt the breeze as he sped past me, on the way to plague the other team's goalie at the other end of the field.