Sharon Day for Secretary of the Republican National Committee: An Open Letter to all 168 RNC Members 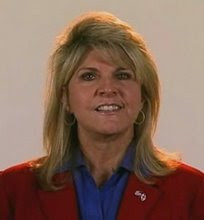 To the members of the Republican National Committee:


As co-founder of the conservative grass roots movement known as #TCOT (Top Conservatives on Twitter I am happy to present you with a list of 155 members of our organization (with enthusiastic comments) who are publicly supporting Sharon Day's candidacy for RNC Secretary.

Founded in November of 2008, TCOT has rapidly grown into one of the leading conservative movements on the web, aimed at bringing conservatives together to build a stronger Republican Party.

As conservative online grassroots activists, we believe the future of the Republican Party should be in the hands of leaders like Sharon. From day one of her campaign for Secretary, Sharon has made technology a cornerstone of her campaign with an active blog, a strong presence on Facebook and by continuing to be one of the Top Conservatives on Twitter. She has made it her top priority to work with the next Chairman of the RNC to establish the technology necessary to win in 2010 and beyond.

Sharon is committed to steering the Republican Party back towards the conservative principles of Ronald Reagan and once again becoming the Party of big ideas.

As the leaders in the online conservative movement, we trust that you will see for yourself the amazing work Sharon has already done to strengthen the Republican Party as a National Committeewoman, a community leader and a phenomenal grassroots activist and vote her the next Secretary of the RNC.


Thank you for your time and consideration.

Obama Fails to Preserve, Protect, and Defend the Constitution from Day One

When now President Barack Obama flubbed the lines of the inaugural oath yesterday (with a little help from Chief Justice Roberts) the symbolism of the stumble did not escape notice from those of us who doubt his devotion to the Constitution.

Ultimately, however, President Obama did promise to preserve, protect, and defend the Constitution, just as all of his predecessors have.

It's Day One of his administration, and he's already failed in his duty to preserve, protect, and defend the document that binds us together as a nation.

Read the rest of this article
here
Posted by Michael Patrick Leahy at 8:40 PM No comments:

The 4 C's of the #TCOT Community (Top Conservatives on Twitter) are:

2. Collaboration -- We believe that advances in technology allow for incredible opportunities for collaboration between like minded groups. We seek and respond to opportunities to collaborate with any conservative group or organization. Within #TCOT, we support collaborative efforts through the use of self organizing work groups based on the principles of Project Servant-Leadership. We believe that once hearts and minds are committed to a cause, time and treasure will follow.

3. Constructive Dialogue -- We believe in the power of ideas, and that coordial and direct dialogue, in which good manners complement good logic, will yield the best answers to problems. Constructive dialogue means we refrain from the use of profanity and personal attacks as best we can, and that we seek to understand the other side of a discussion first, and then seek to clearly communicate our side.

4. Community -- We believe that it is important to build the conservative community on Twitter, the internet, and within the populace of the United States of America. Community is built by engaging, including, and setting forth a positive vision of the future. We encourage positive action to solve problems, rather than negative criticisms that point out problems but offer no solutions.
Posted by Michael Patrick Leahy at 9:49 AM No comments:

Yesterday, President-Elect Barack Obama promised an administration that will set a "new higher standard of accountability, transparency and oversight."

Tomorrow, members of Congress will have an opportunity to ask the President-Elect to demonstrate some of that promised transparency to the American people as it relates to details of his own personal history that are of Constitutional significance.

Read the rest of this article here.
Posted by Michael Patrick Leahy at 10:39 PM No comments: