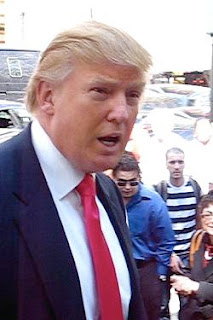 For those of us who make our living in the business discipline of project management, the antics of the infamous Omarosa Manigault-Stallworth in last week's premier episode of Donald Trump's Celebrity Apprentice provide a case study in how NOT to be a project manager. For those who are not familiar with The Apprentice format, each week a group of contestants are split into two teams, each headed by a project manager, who compete to win a task. At the completion of the task, one team is declared the winner, the other the loser, and one member of the losing team is "fired" by Mr. Trump in a Board Room session designed to encourage nasty communication and backbiting in front of an all powerful arbiter.

In last week's episode of Celebrity Apprentice, a dozen "B" list celebrity contestants were broken up into two teams-- six men on one team, six women on the other, who competed to see who could make the most money selling hot dogs from a street stand in New York City on one day.

The irritating and self-promoting Ms. Maginault-Stallworth, who promotes her particular style of interpersonal lunacy under the one word appelation "Omarosa", jumped at the chance to be the project manager of the women's team. Mr. Trump, apparently eager to secure the ratings associated with the programmatic theme of a villainess, was only to happy to grant Omarosa's request.

Omarosa then proceeded to display her understanding of what it means to be a project manager by dealing with her team members in an arrogant, abrasive, condescending, and dictatorial manner from the very first minute. While all the members on her team advised her to take advantage of their celebrity status and sell the opportunity to connect with that celebrity status for a high priced hot dog, Omarosa delusionally rejected that common sense advice, and chose to focus the benefits of the hot dog. As if actress Marilu Henner, she of Taxi fame, can make a better hot dog then Joe the hot dog vendor ! 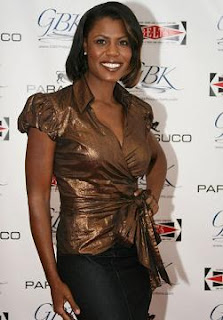 The men's team, inspired by the intelligent and amusing Gene Simmons of Kiss, made the obvious decision to sell not hot dogs, but highly visible opportunities to connect with celebrity by "buying" a hot dog at a high price and focusing on the charitable use of the proceeds that was part of the task's rules.

The women's team, under Omarosa, was thoroughly defeated in the task by the men's team, which sold $52,000, because project manager Stephen Baldwin actually listened to the intelligent pricing and marketing strategy proposed by team member Gene Simmons and supported by all the other team members. Every other member of the women's team advocated a similar strategy for the women's team, but the tin eared and narcisstic Omaraso rejected that approach, with disastrous results for her team.

Showing her true snakiness and exploiting Mr. Trump's need for the ratings that her continued public villainy provides, Omarosa was able to avoid being fired by pinning the blame for her failure on a pleasant but hapless Playboy centerfold, whose main sins were being a nice person, following Omarosa's "don't sell your celebrity" policy, and failing to defend herself against Omarosa's vicious attacks.

"banished from four (low level)jobs in two years with the Clinton administration.

At her last one, "she was asked to leave as quickly as possible, she was so disruptive," says Cheryl Shavers, the former Under Secretary for Technology at the Commerce Department, where Omarosa worked several weeks in 2000. "One woman wanted to slug her."

She was also bounced from a previous position at Commerce, says another former administration official, "because she couldn't get along with people."

Anyone interested in learning what project management is REALLY about, should go The Agile Project Leadership Network or The Project Management Institute websites.
Posted by Michael Patrick Leahy at 6:53 AM