Hillary Clinton, Smartest Woman on Earth, and Agent of Change 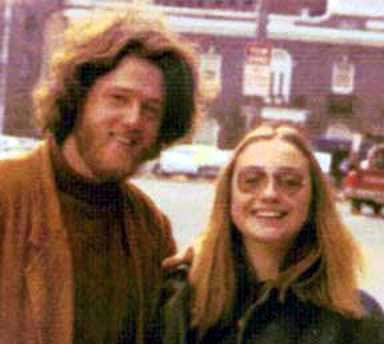 Bill and Hillary Clinton, circa 1970.

I rest easier at night knowing that Hillary Clinton, not only the smartest woman on earth, but also the potential next President of the United States, is the candidate most likely to bring about change.

Senator Clinton demonstrated her brilliant policies of change yesterday when she announced her economic stimulus package.

Here are the key components of the change she envisions:

1. Creation of a $30 billion Emergency Housing Crisis Fund for U.S. states, administered by the same people who brought you the IRS, the Housing and Urban Development Department, and the INS, to help families unable to make mortgage payments.

2. A limited re-introduction of wage and price controls, targeted at the home lending industry, which would include a 90-day moratorium on subprime foreclosures and a 5 year freeze of subprime mortgage rates.

3. A Federal government program that will give $25 billion in emergency funds to help people pay expensive heating bills.

4. $10 billion more for unemployment insurance for the jobless.

It's easy for voters to grasp the newness of Hillary Clinton's proposal, the freshness of the content, and the intellecutal brilliance required to envision it.

Senator' Clinton's re-introduction of a limited version of wage and price controls also represents change--from free markets to government control. Demonstrating her clear command of the bipartisan nature of great ideas, she borrows this insightful program from Republican President Richard Nixon, whose attempt at wage and price controls in the 1970's was perhaps one of the most memorably disastrous economic policies in the history of modern America.

Hillary Clinton, the candidate of change.

I can't wait.
Posted by Michael Patrick Leahy at 11:49 AM

I thought Marilyn Vos Savant was the most intelligent woman (technically the smartest person) on Earth. Clinton may be the most ambitious, but I'd say Elena (The Kraken) Kagan is far more intelligent.