Obama Dream Team All Proteges of Robert Rubin, the Man Who Screwed Up Citibank, Begged for and got a $306 Billion Bailout 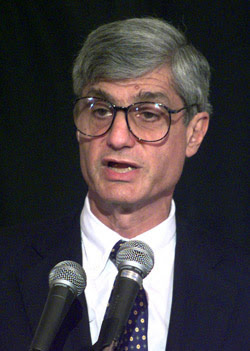 NEW YORK (Reuters) – The U.S. rescued Citigroup Inc, agreeing to shoulder most losses on about $306 billion of the bank's risky assets, and inject new capital, bolstering investor hopes that the government will support big banks as the economy sinks into recession.

The bailout, announced late Sunday, gives the government the right to buy an equity stake, and marks its latest effort to contain a widening financial crisis that has already brought down Bear Stearns Cos, Lehman Brothers Holdings Inc and Washington Mutual Inc.

Change you can count on!

David Brooks' "Best and the Brightest" are more likely to be "Worst from the First."
Posted by Michael Patrick Leahy at 8:20 PM